Constructed aboveground @ RL1.4 adjacent to the Yarra tidal river & covered with local compacted fill & landscaped into parkland mound for future Mirvac Tower 6 high rise recreation area. Rainstore3 is used to collect roof runoff and supplement most of surrounding new parkland irrigation. The site had a high water table, a rocky sub-base, and it was built at sea level. A sub-surface system was not possible and an above ground tank would have been ugly. Rainstore3 provided the solution. Its flexibility allowed for a banana-shaped design while retaining structural integrity and extreme load bearing capacity - above sea level and hidden within one of several artificial mounds. In just six hours, the 332,500 litre (87,800 gal) capacity Rainstore3 support structure was installed and ready to be encased in membranes and covered with earth. Surrounding parklands are insulated against water restrictions and mealitres of potable water will be saved. Awards: Rainstore3 gained a high commendation in the 2005 Victorian Engineering Excellence Awards for the installation in Pentridge Village in Melbourne. This is the second award for this project - the earlier one was the 2004 WSUD in a built environment from the Stormwater Industry Association of Victoria. 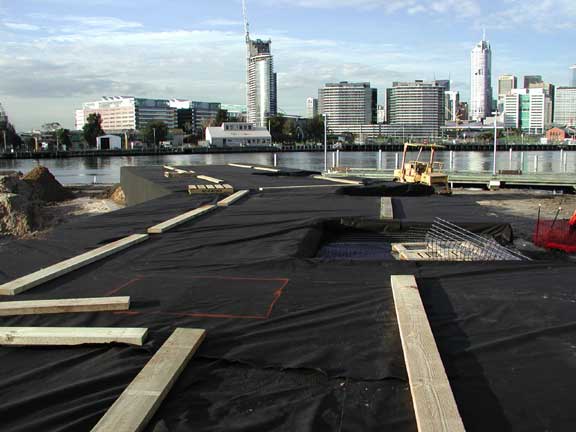 The above ground Rainstore3 Chamber curves to the left in this photo to show the “banana” shape. 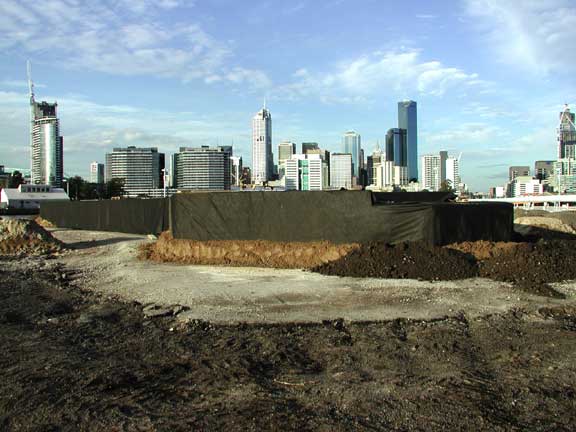 The above ground chamber is shown in this photo ready for the artificial mounds to surround the structural chamber. 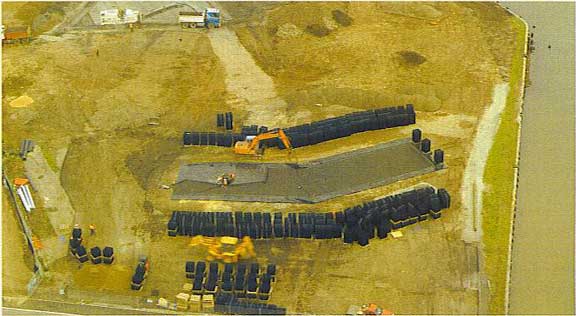 Aerial photo of the “banana” shape with the Rainstore3 units ready to be placed. 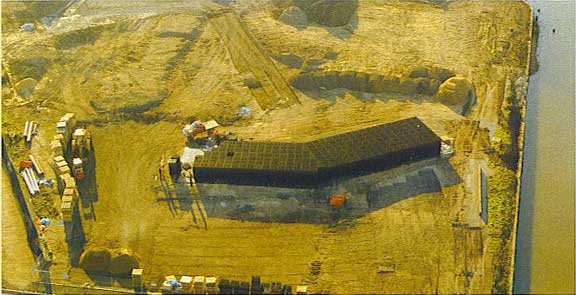