NRG stadium hosted a series of international soccer matches, which can only be played on natural grass. The stadium has a state-of the-art modular tray system with natural grass, but was being renovated at the time. A temporary natural grass field had to be installed within a five day turnaround, and was made possible by a highly efficient ring and grid drainage layer - Draincore2, by Invisible Structures, Inc. Draincore2 and 1.5" thick sod was installed in 2.5 days, leaving 2.5 days for top dressing, painting and stripping. “We had to move extremely quickly and the Airfield system was the only option,” says Mike Courter of Airfield Systems, LLC, designers of the temporary grass field at NRG. “They [NRG Stadium] needed something that would live up to FIFA standards, but could be installed in a flash. That’s why they chose us and we use Draincore2.” Two international soccer matches were played on the field, July 8, 2003, before it was totally dismantled the next day. The dismantled system is owned by Turfgrass America and will be reused for other projects. 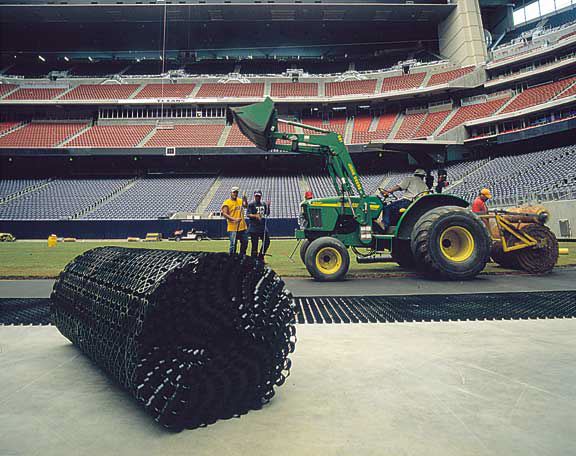 A large roll of Draincore2 is ready to be unrolled on top of the concrete floor of NRG Stadium. 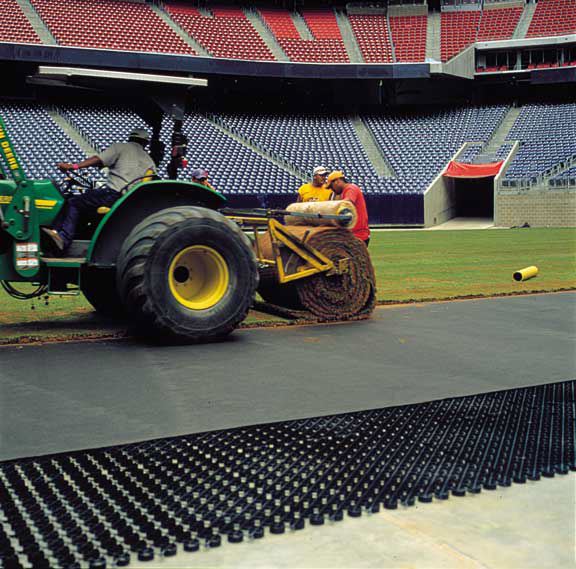 The components of the System: Draincore2 (bottom), Geotextile Fabric, and Sod. Since this installation was temporary, the sand root zone normally required for permanent installs, was not needed. 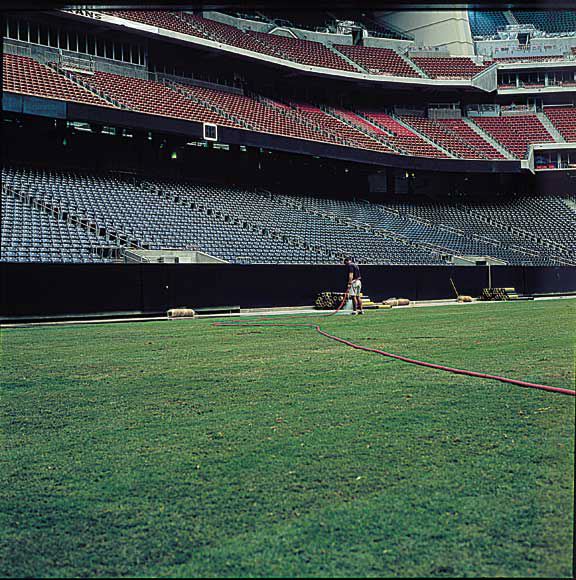 Workers wash and irrigate the installed turf. “I couldn’t even guess how much water we used on the system,” States Jon Strantz, Sportsfields and Grounds Manager for NRG Park. “But it handled it all.” 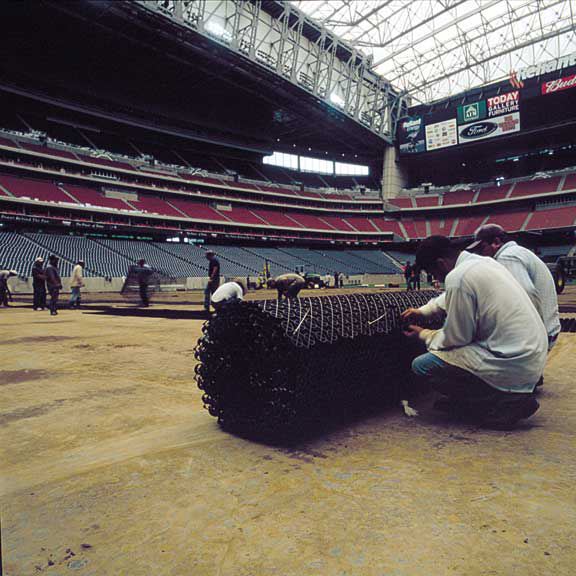 Workers re-roll the Draincore2 layer for storage. The Draincore2 and Lutradur© can be reused in different temporary or permanent installations of the Airfield System. 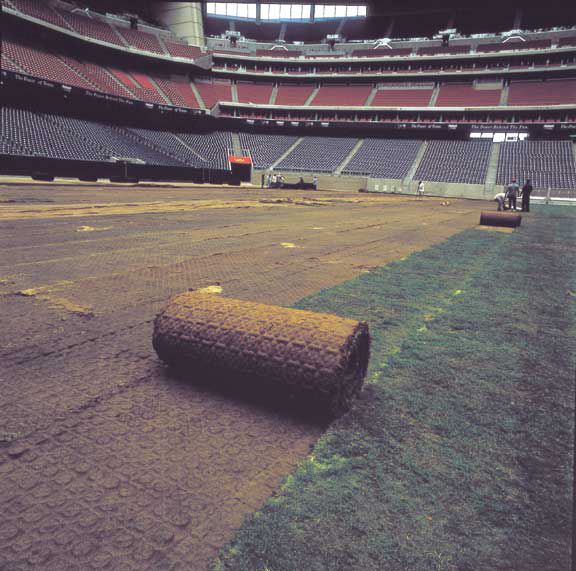 Removal of the sod exposes the fabric layer. 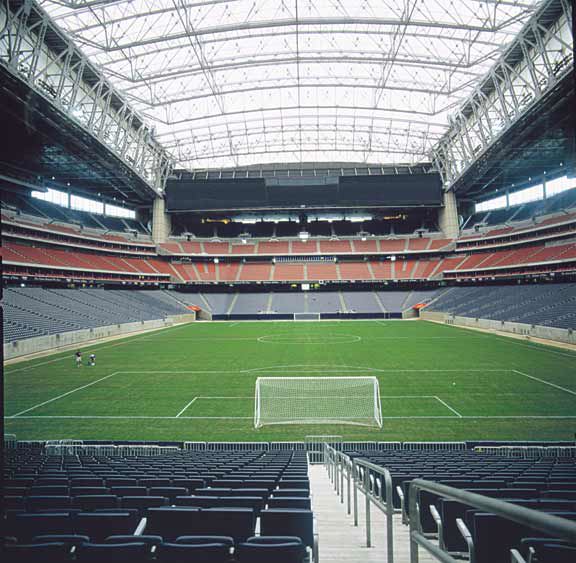