Rainstore3 was selected for it’s void ratio -94%. The system was located in an area with a lot of underground utilities making a pipe system unworkable. This site was required to have an underground system because the city requires percolation of storm water as a means of decreasing the peak storm water flows out of this site and handle water quality for this site This site had really good percolation. According to the Unified Soils Classification System, the soils were classified as silty sands, sands, and sandy silts. These are great soils for permeability, however, these site soils were not allowed to be used as side fill against the Rainstore3 system. California Class 2 road base was used as side fill. The system was 40’ x 20’ x 8’ deep. 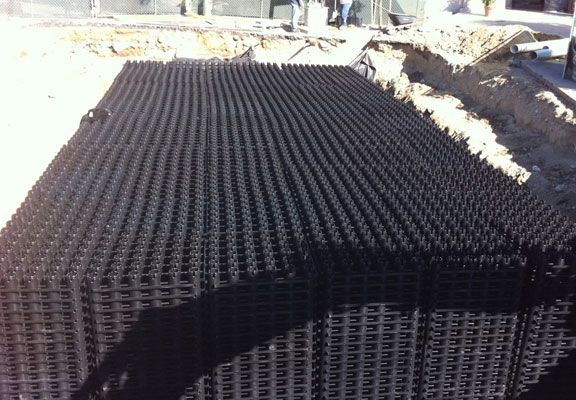 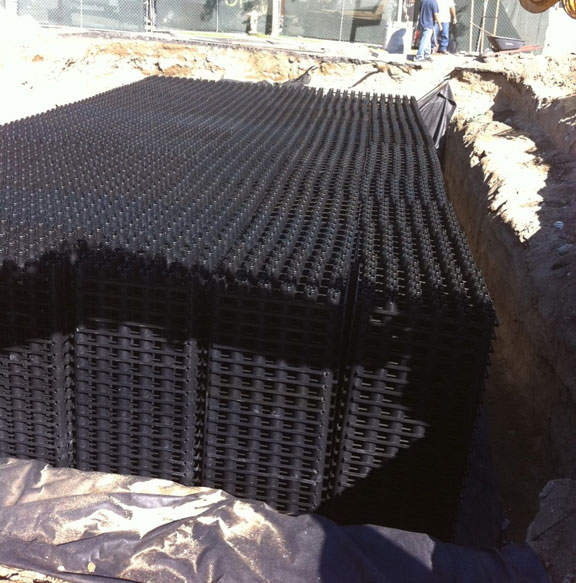 The fabric shown at the bottom with be wrapped around the entire Rainstore3 system. 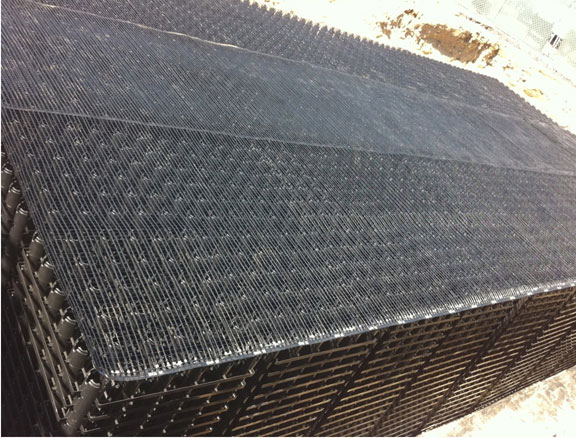 Geogrid is placed above the units. 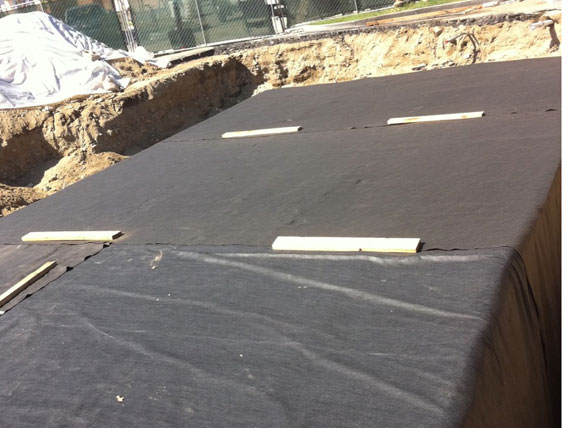 The fabric is now completely encasing the stormwater detention system. 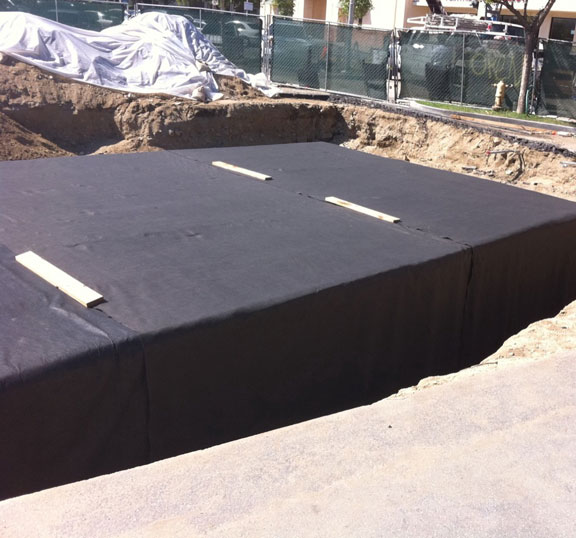 The area around the system is ready for backfill. 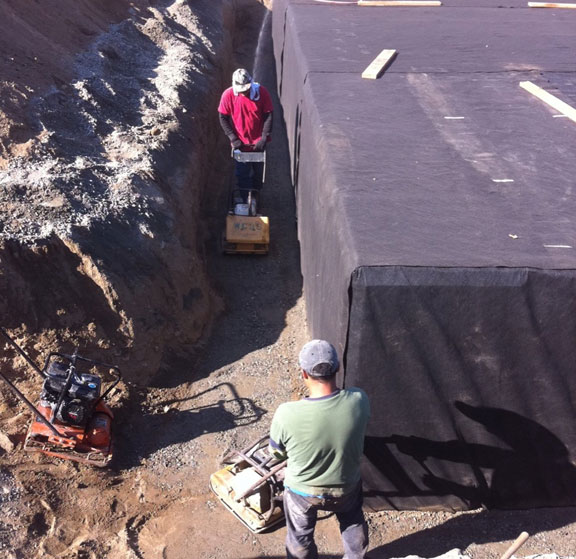