Highly competent Public Works employees installed a ten inch base, 5" #57 stone, on top of which they installed a 50/50% mix of river sand and #89 stone compacted to a 92 % MP. The park elevation is 8 feet above the river, with the civic center 40 feet above it on an overlooking bluff, so handling significant amounts of stormwater was part of the road design. The roads ran perpendicular to runoff; runoff trickled through the roadbase, decelerate and disseminate the flow, acting as a level spreader. Massive rocks were strategically placed to break up concentrated flows, while providing casual seating in the park. Trees were planted in an "In Memoriam" program and of a species which would produce greater water uptakes as they matured. Atlanta, Georgia's 500-year flood zipped through Jefferson as well, tearing loose the last 30 feet or so of the Gravelpave2 nearest the bridge, but not disconnecting it from the rest of the roll, so reinstalling wasn't a major problem.

Access to the park is from Grant Street off E. McCarty Street. 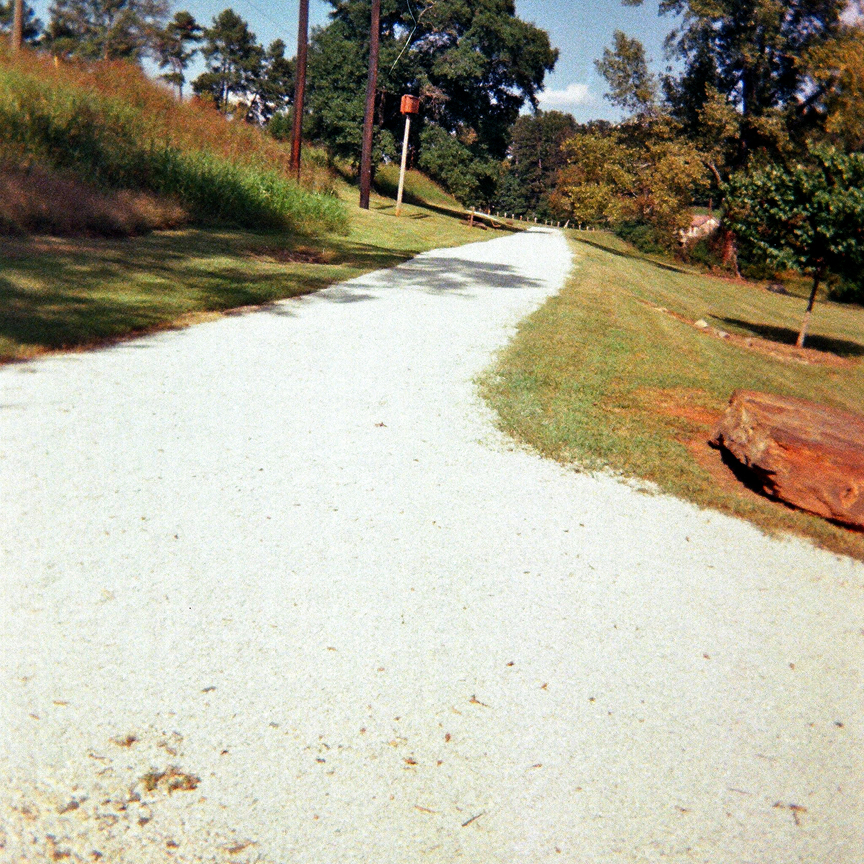 Reinforced Gravelpave2 trail running up toward the reservoir. 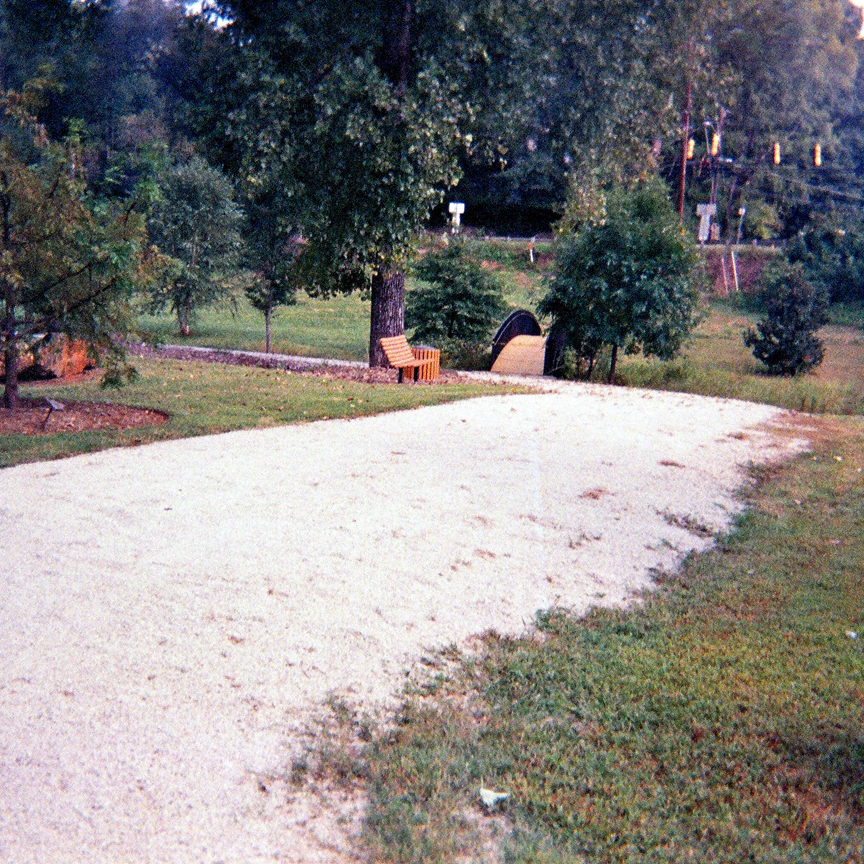 The bridge at the end goes over the river. During the flood.it was under the river. The section of Gravelpave2 which came up, but apparently was not unloosened, paralleled the river.

Two-thirds of the way down from the bluff, entrance on the east side, where the first part of the Slopetame2 was installed on the driveway. The rest was installed on the west side along the long slope up toward the reservoir.
Manage Cookie Consent
We use cookies to optimize our website and our service.
Manage options Manage services Manage vendors Read more about these purposes
View preferences
{title} {title} {title}
Warning: Opens in a new window Warning: Opens an external site Warning: Opens an external site in a new window Warning: You are opening a pdf document in a new tab Warning: You are downloading a pdf file to your device Warning: You are downloading a zip archive to your device