Architect Michael Barron-Wike: The DAS RESIDENCE, five years in the planning and building is finally finished! This project was chosen as a Finalist during the design phase for the 2009 International Design and Architecture Spark Awards, a competition that attracts entries from over 48 different countries. This project is a culmination of thirty years of energy-efficient design and site-specific project planning by Michael Barron-Wike Architect AIA. The completed residence will be a “Certified Green” project, documented through Build It Green. This project had many challenging design requirements, due to its location, one of the most spectacular places along the northern California coastline, overlooking the Gualala River entrance to the ocean. “Grasspave2” by Invisible Structures of Golden, Colorado, was selected by the architect to solve very specific requirements: Approval for this project was required from the California Coastal Commission, who has very strict environmental constraints for any California coastline development. Because this property has Environmentally Sensitive Habit plant communities, the area for development was extremely limited, to the point where the standard setbacks areas would have prevented this project from being built at all. However, compromises to the conventional setbacks can be proposed with “mitigations.” In this case, the project biologist and architect proposed to mitigate by: 1. Removing invasive, non-native plants species, 2. Adding new native plantings to the finished and graded areas outside the driveway area, 3. Installing Grasspave2 , seeded with native, perennial and drought resistant grasses to reduce the amount of the newly developed land on the parcel. These proposals were approved by the Coastal Commission, allowing the project to fit into the site location much closer than normally approved, and adjacent to the ESHA areas. It was also important that the new driveway use a native grass mix (perennial rye, fescue) to eliminate wet season watering and minimize it during the dry season. 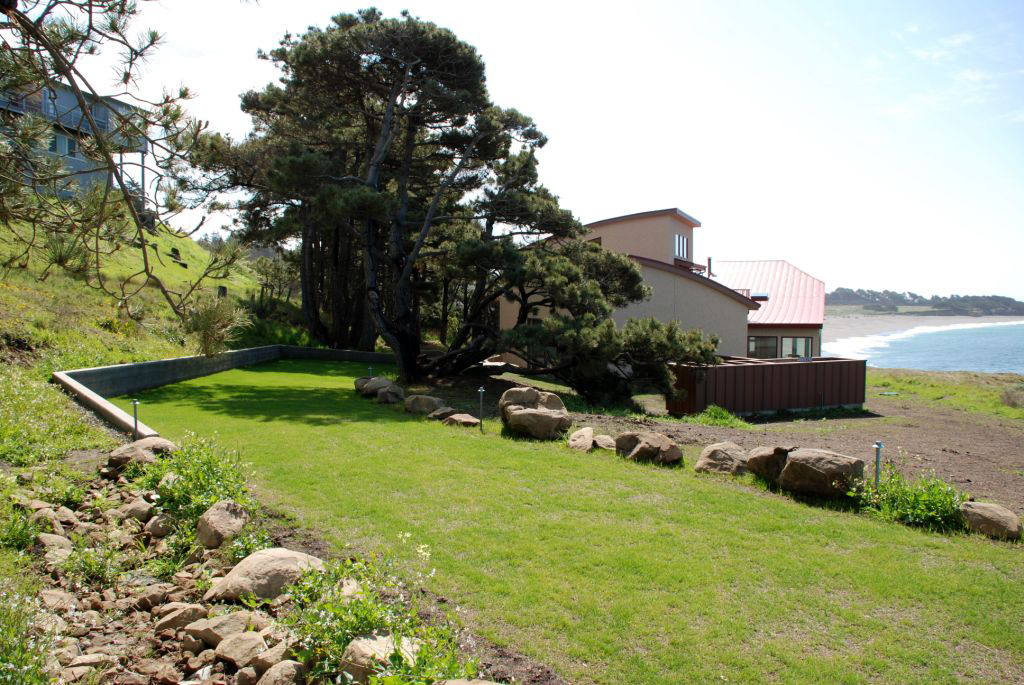 View of the freshly seeded grasses at the property entrance. 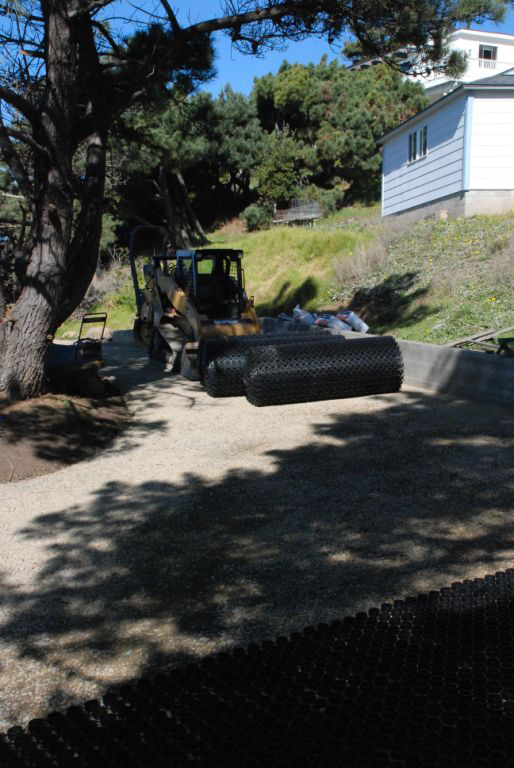 Grasspave2 being placed on the base course. 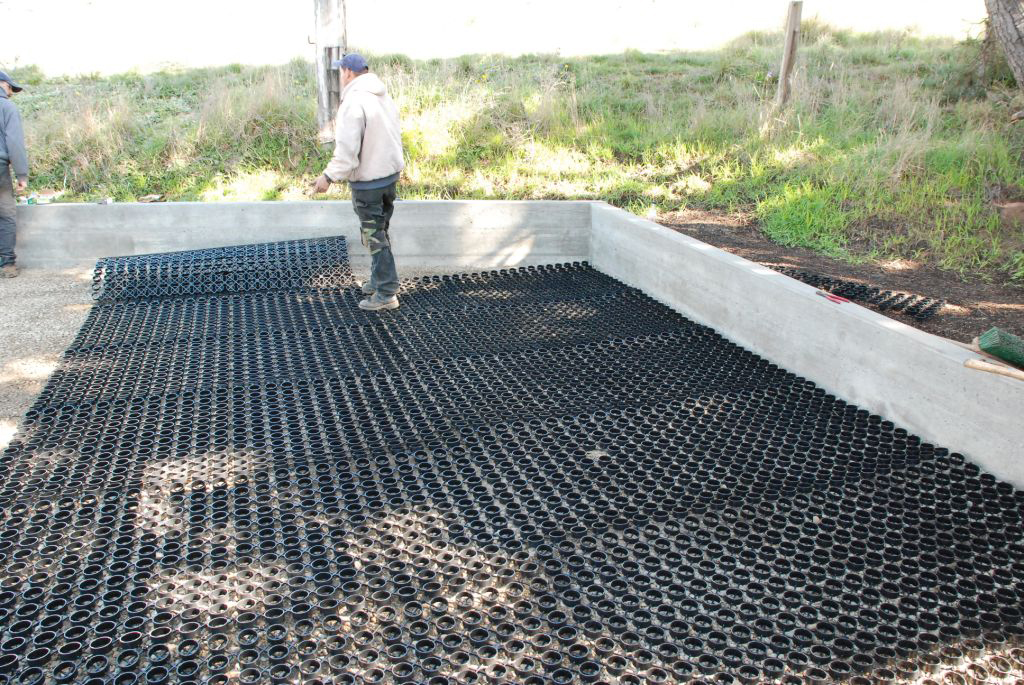 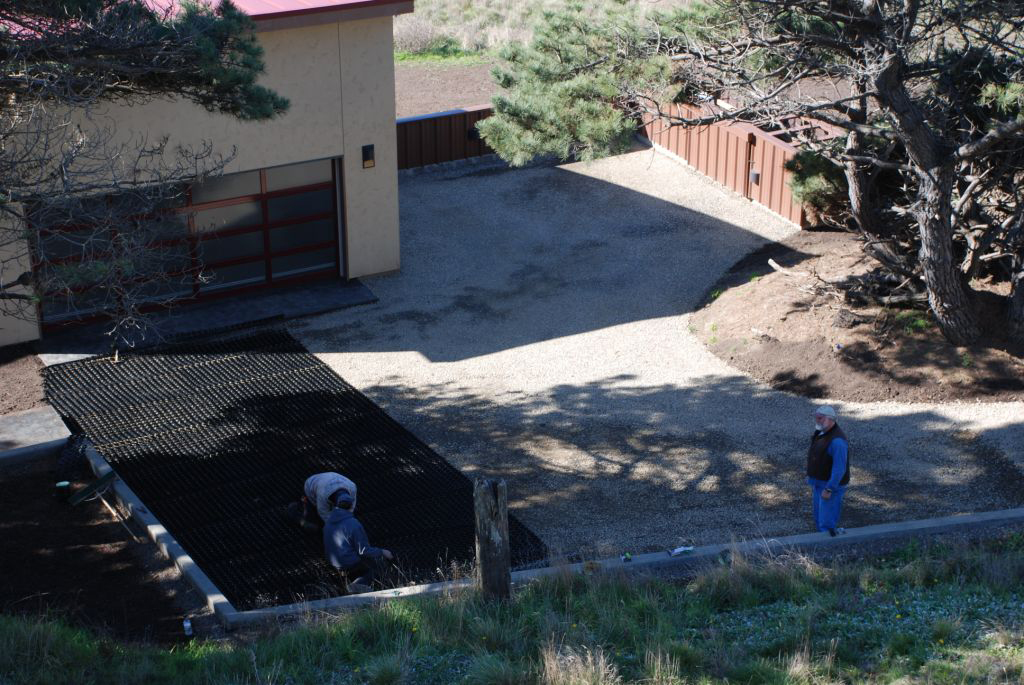 Overview with Grasspave2 mats installed on the left. 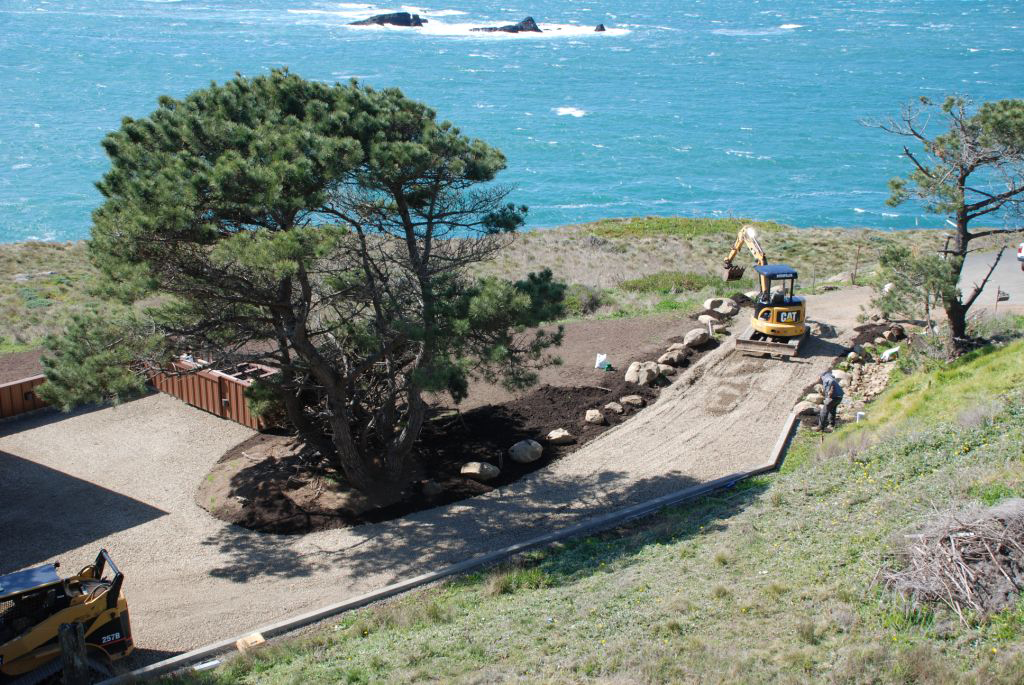 Base course being applied to the driveway. 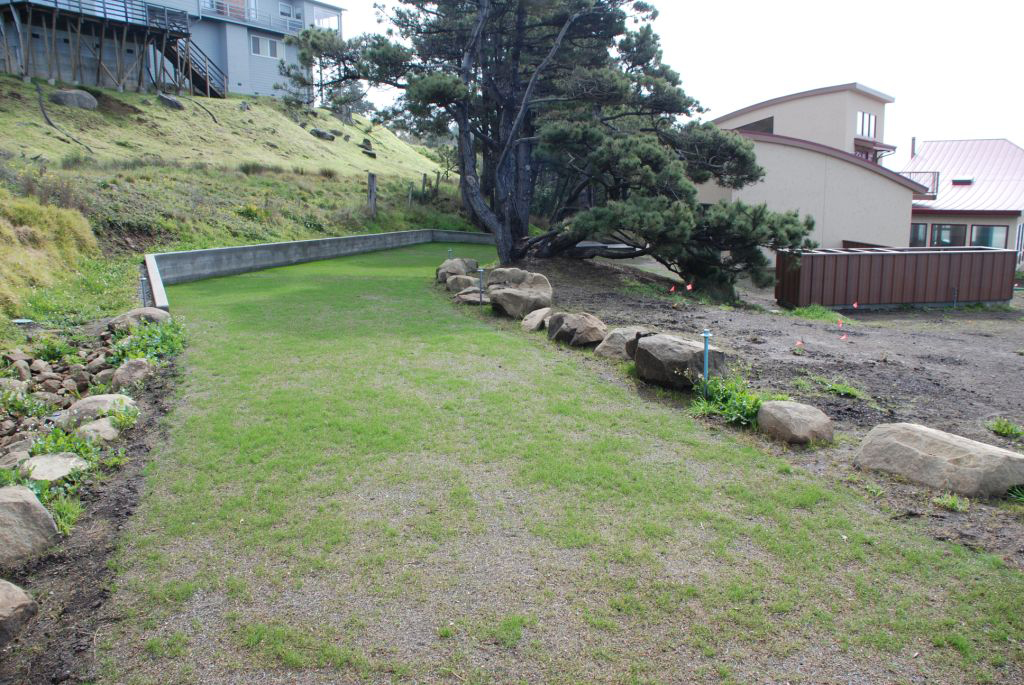