Taubman Company learned of Grasspave2 from an installation across the street from their new Cherry Creek Mall in Denver, Colorado. To add a 310,000 square foot expansion at Westfarms, Taubman needed to expand their parking while allowing natural stormwater to infiltrate on site. By using Grasspave2, they saved approximately one million dollars on a detention system. F. A. Hesketh & Associates, Inc. spent nearly two years getting this parking/drainage application approved by all regulatory agencies. Both the City of Farmington, and the downstream City of West Hartford, whose wetlands commission was involved, quickly gave approval because stormwater entering the water table is first filtered through the grass. Green space ratios were satisfied also. This project demonstrated how persistence can pay off. Kevin Keenan, Westfarms Operations Director, speaks with pride that the parking lot “looks like a golf course.” They have had football rallies and other events there. When snowplowing questions arise from clients, we refer them to this site because they were the first to use rollers on the bottom of the plow blades to keep it about 1/2” above the surface of the grass. Kevin Keenan is willing to answer any designers’ questions concerning customer satisfaction, snow removal, and maintenance program. Over the holidays when shopping is heavy, the mall maintenance crew puts up ropes between the trees and end islands to delineate the parking rows. In some years, they have had to plow the area when snow depths reached as much as 25 inches, in order to keep the lot open for holiday shopping, and other years, the weather has been quite mild. No aeration has been done to the grass and it is not recommended. Bluegrass was chosen by Winding Brook Turf Farm of Wethersfield, Connecticut, the sod supplier, because it is the most recoverable of grasses, and would hold up better than the ryes and fescues. The bluegrass is a blend of Adelphi, Glade, Ram, Eclipse, and Touchstone. They installed a Toro irrigation system with a 5,000 gallon underground tank, to tap into a nearby detention pond for irrigation water. The cost comparisons have not been documented, but the higher initial installation costs compared to asphalt, are offset by no drainage system of pipes, catch basins, manholes, striping costs, resurfacing alligatored low-use asphalt, rutting, and hole repair. 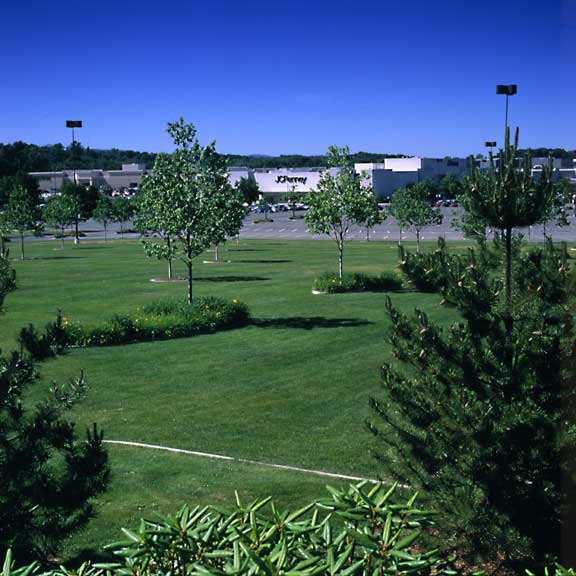 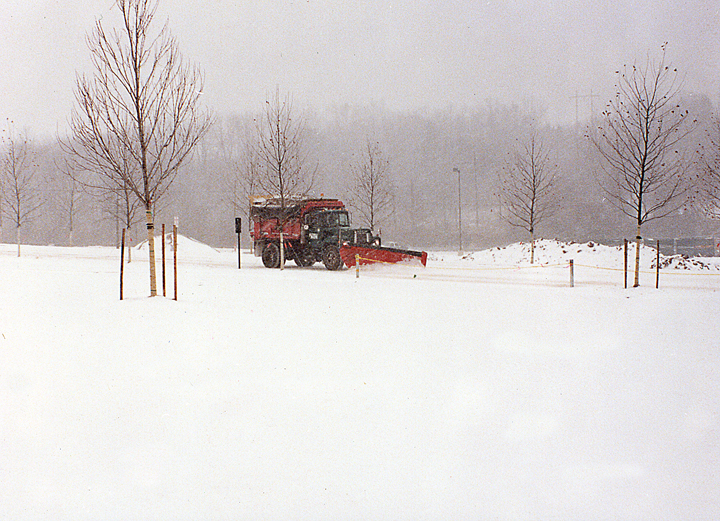 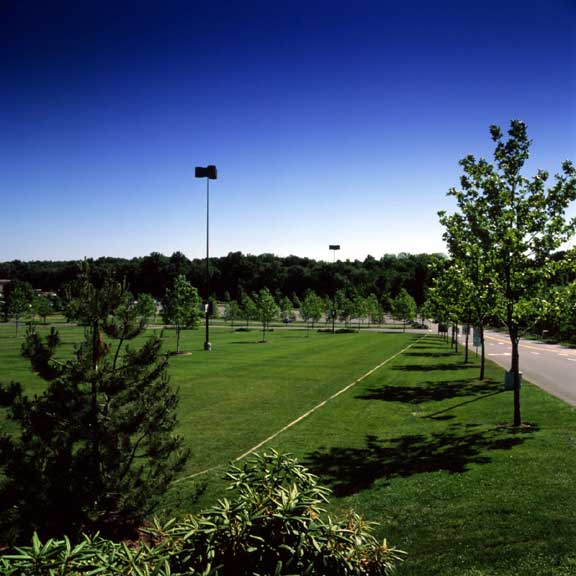 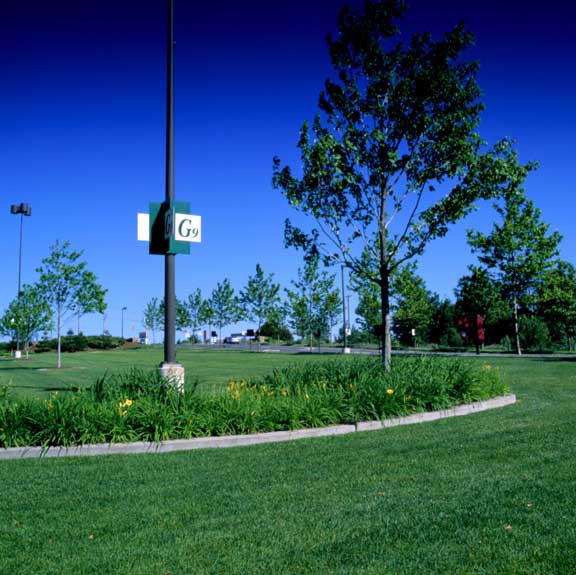 Clients self-park their cars without striping. 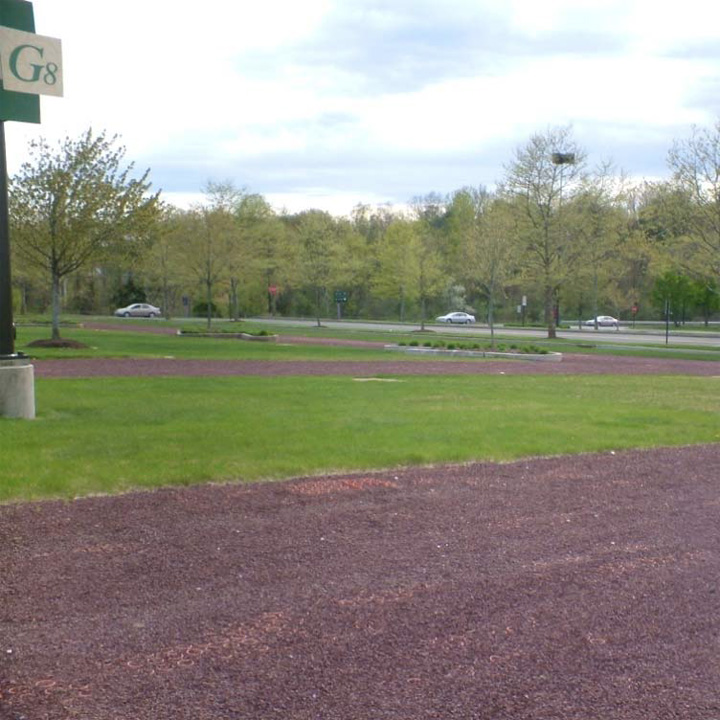 Gravelpave2 drive aisles and Grasspave2 parking bays at the facility. 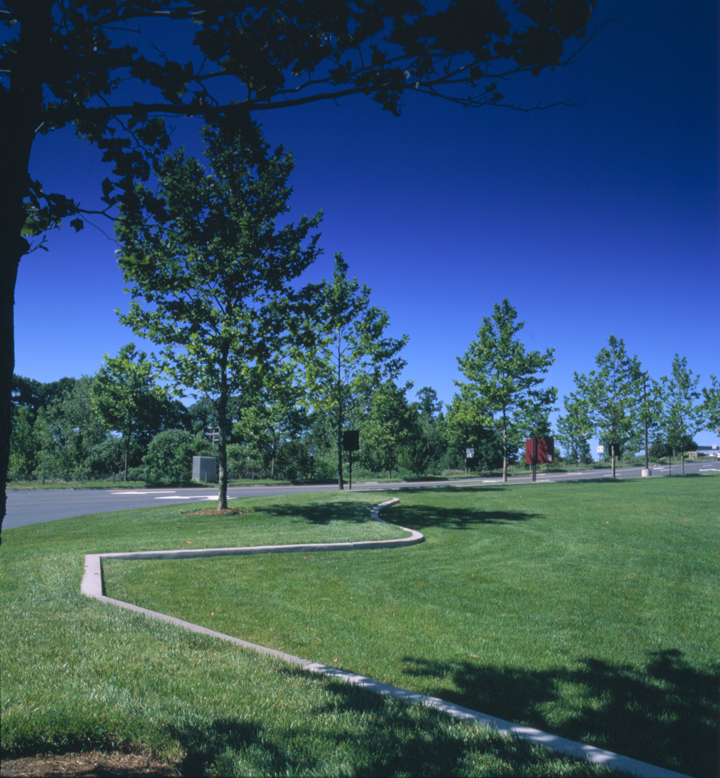