From Article in Stormwater Solutions Case Study Alert –– Storing water for aboveground water features at an office park – simple, right? Not so fast. The Santa Monica, Calif., Water Garden office park does not have a normal, garden-variety water feature. A series of walkways, a river, gardens, multiple pools, fountains, an amphitheater and other amenities are located on 17 acres of a complex manmade topography. The Problem Civil engineering firm Psomas and landscape architectural firm KSA Design Studio had to find a way to store the water under the “oasis in the city” in the most efficient way possible. The elaborate site called for nine different depths of water-storage chambers from 30 to 110 cm high. A modular and design-flexible solution was needed. The Solution Psomas turned to a product called Rainstore3 – a modular-underground water-storage system. It is engineered to be stackable in varying heights and can support H-20 loading requirements. Additionally, its geocells are manufactured from 100% recycled content. Every available depth from 30 to 110 cm, in 10-cm (4-in.) increments, was provided with Rainstore3. The entire water-feature network required more than 9,000 units of the product. “[It was] A big puzzle,” said Steve Lacap, project lead designer for KSA, referring to placing the Rainstore3 product to level out the landscape and prepare for the final grade. “Existing soils were as deep as 6 ft in some places.” The storm water modules/geocells sit on top of an underground parking structure. The variation in geocell heights was designed to level the area and prepare it for final grade, including the river, gardens, pavement, ponds or turf areas. Storm water runoff is directed off the roofs of the four surrounding office buildings and other hard surfaces. After that, the runoff enters the storm water chambers. In the landscaped areas, such as turf and garden beds, water is allowed to percolate through the soil directly into the Rainstore3 chambers. In other areas, the final layer of the soil was only 12 in. above the water chambers. Lacap stated that engineers had to taper the design and adjust the depths to account for the structural variances from the multi-level parking structure below the chambers and the different grades of the surrounding buildings. “We wanted a smooth transition for the landscape,” he said. The Results Originally built in the 1980s, the Water Garden office park buildings surrounded a manmade lake. Updating the site was overdue, and the whole central plaza (formerly the lake area) was entirely renovated. To maintain the name and identity of the site, Psomas and KSA incorporated a meandering river walk with flowing water enhanced by added ripple effects. Predominantly fed by gravity but assisted by pumps, the water is now only ½ in. deep in most cases, thus reducing evaporation and water waste compared to the former lake. A shallower depth and smaller area greatly reduced onsite water use. The renovation, including the water savings and recycled content of the Rainstore3, earned the site an LEED Gold EB recertification by the U.S. Green Building Council. 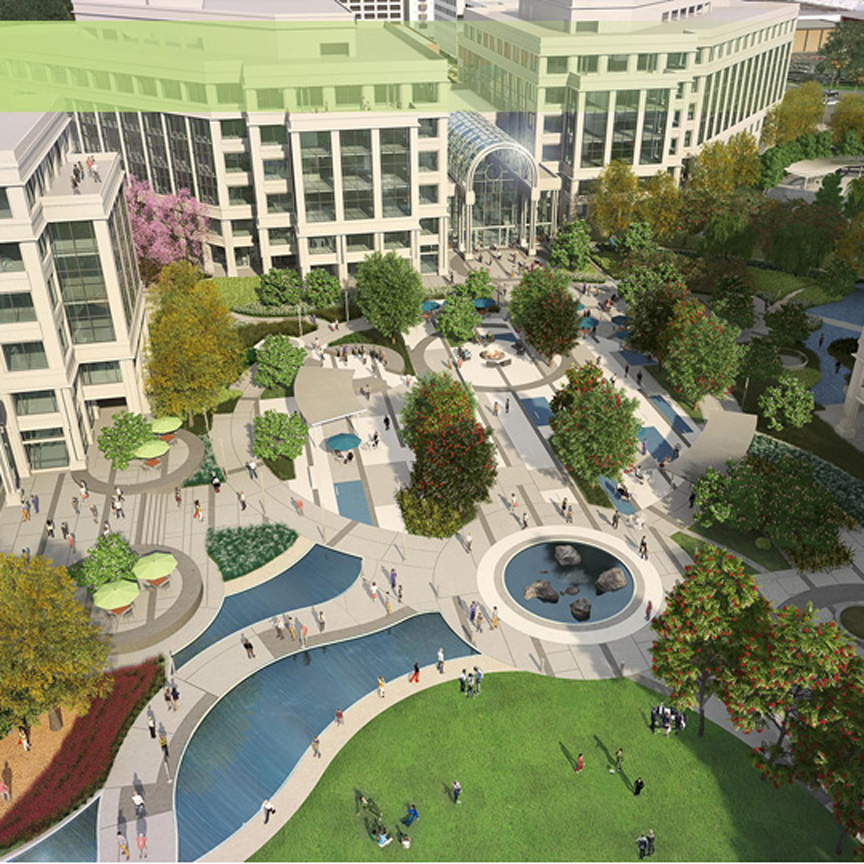 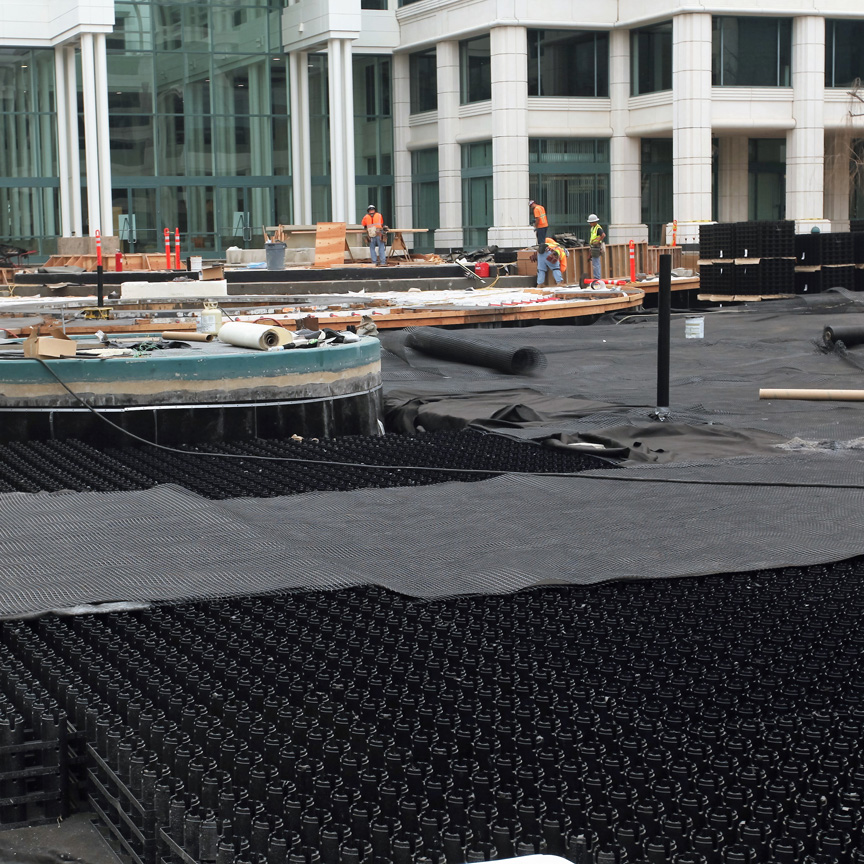 Rainstore3 stacks prior to geogrid and fabric wrap. 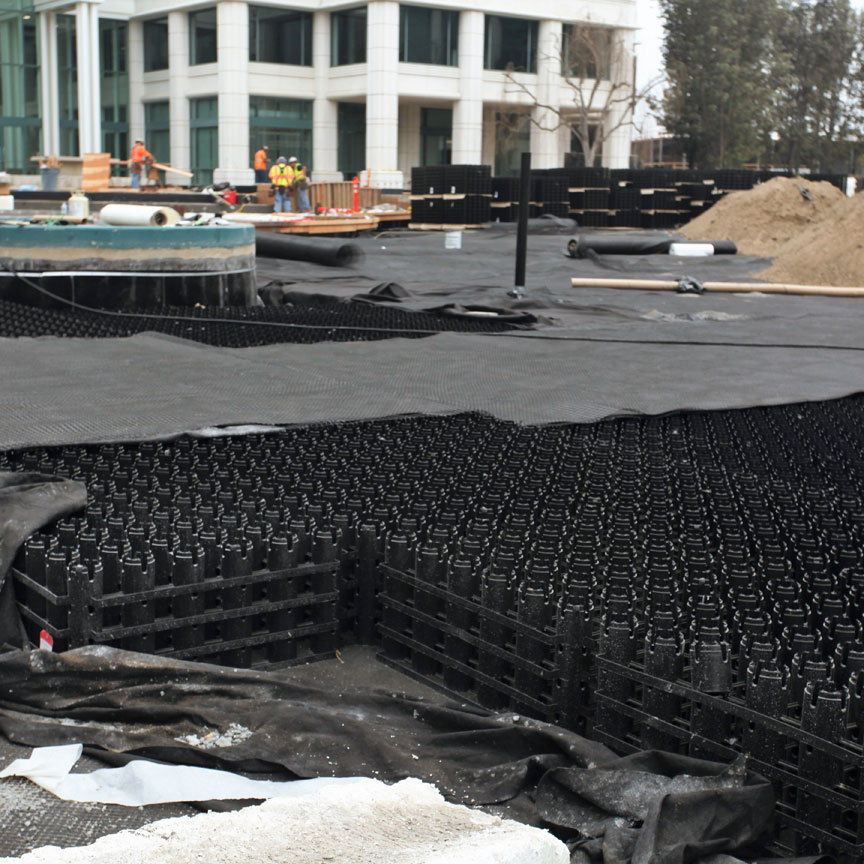 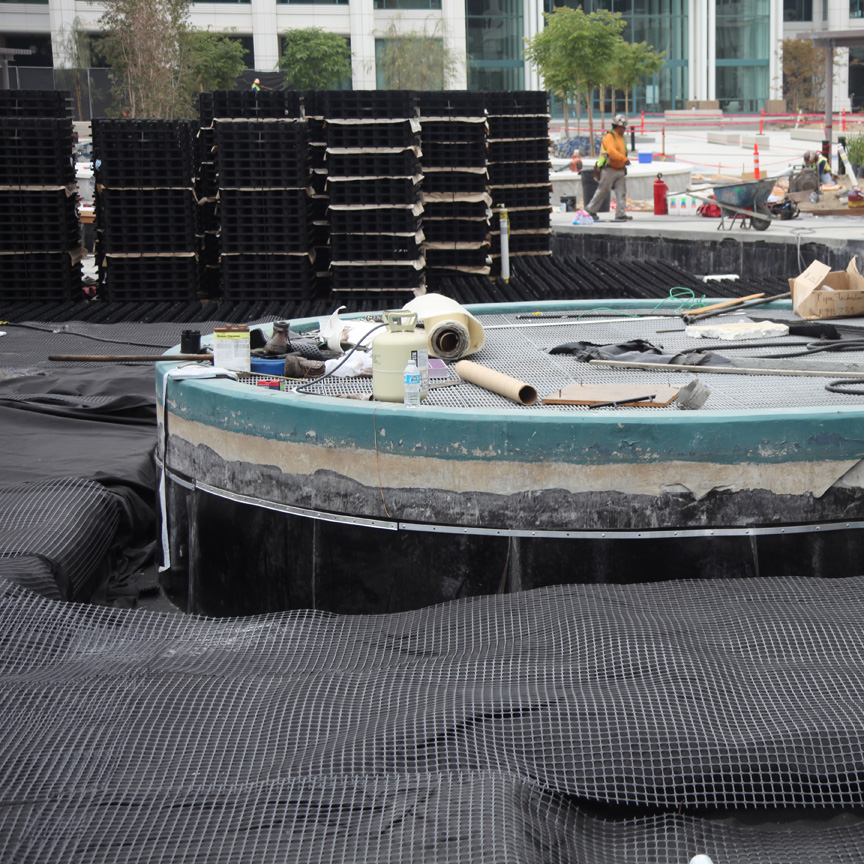 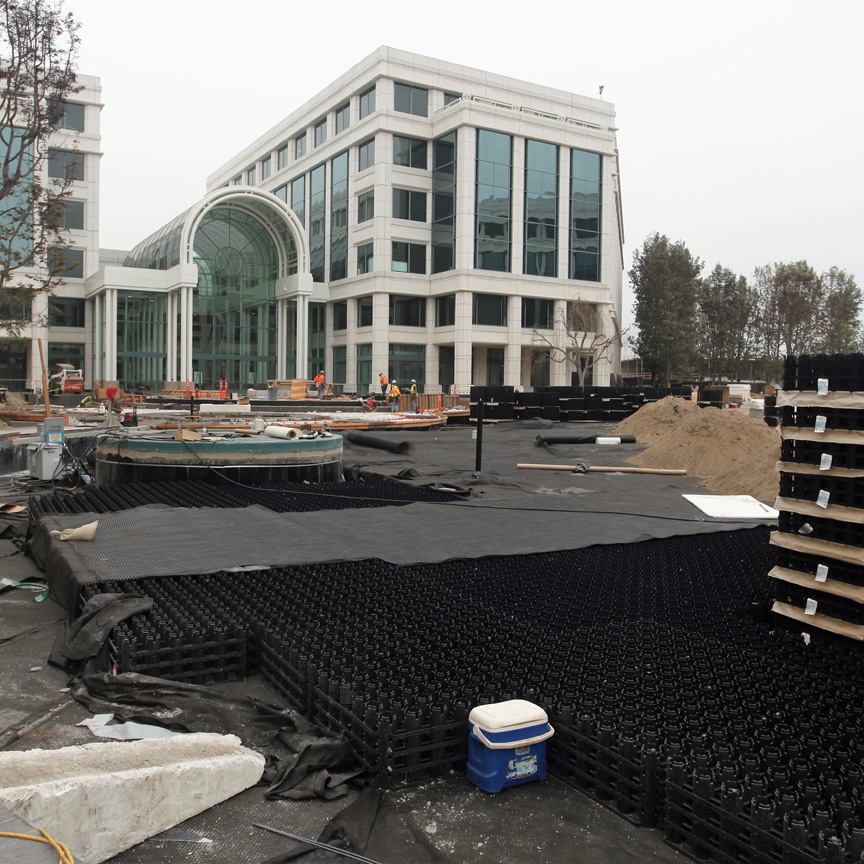 This Rainstore3 installation was the most diverse, in terms of varied sizes and chamber areas, to date. 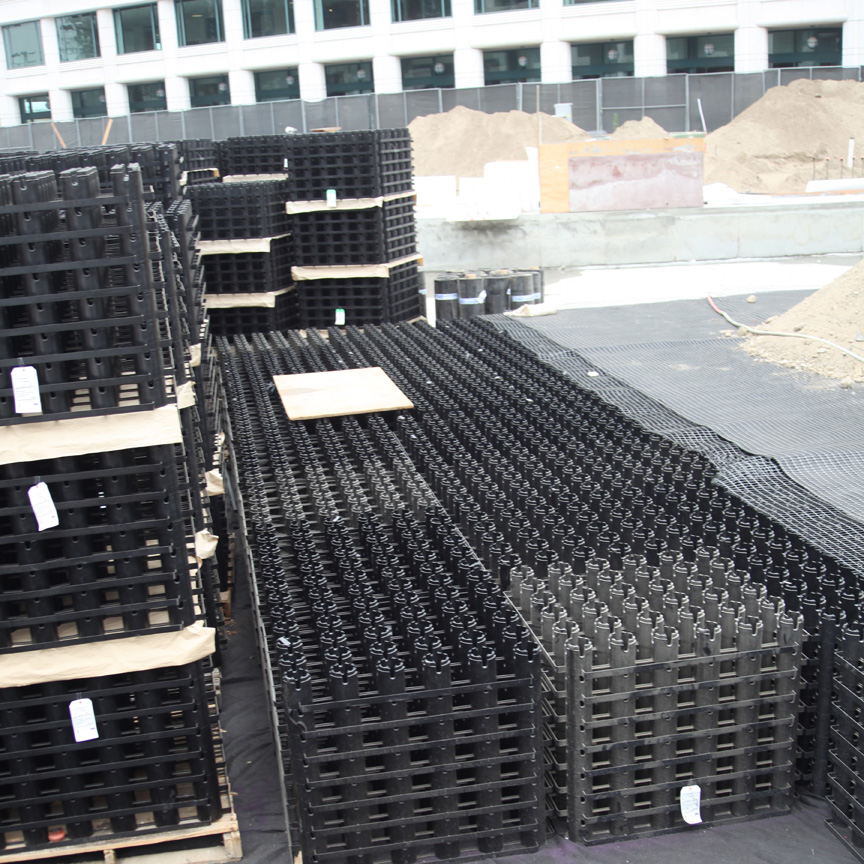 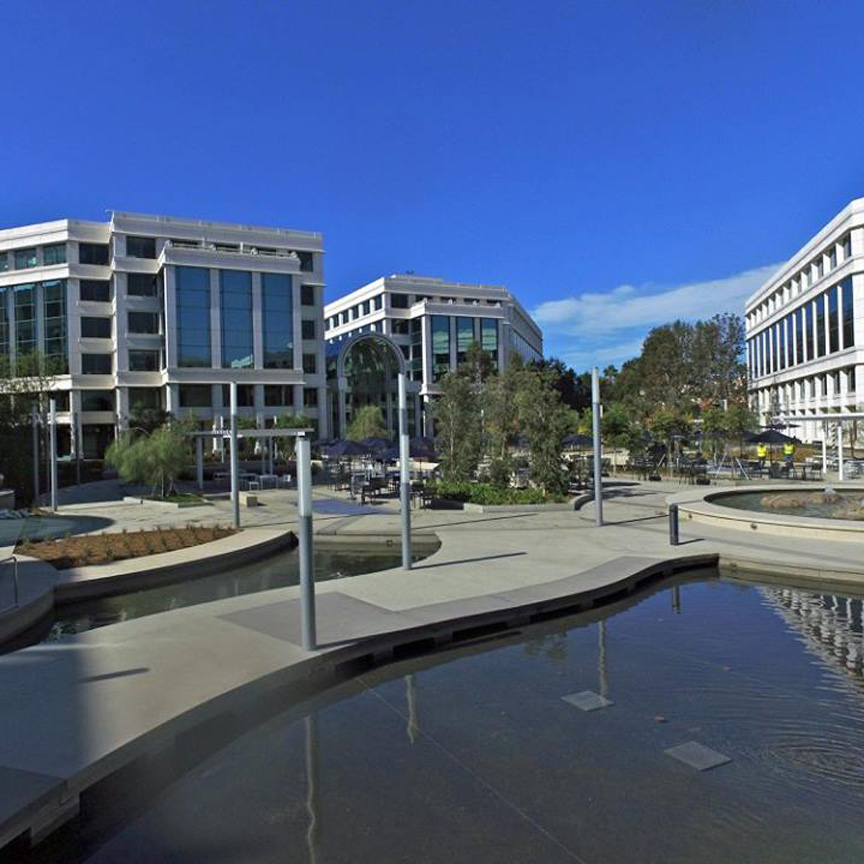